Interview with an SFX Makeup Student

Alex, my sister, is a special effects makeup student at Tom Savini’s Special Effects Makeup Program at the Douglas School in Monessen, Pennsylvania. I sent her some interview questions the other day because I thought it would be fun to see her answers. To those who may want to pursue this career, or are simply interested in how she is doing, read the interview below!

Q: What are your goals this semester at Douglas?

A: My goals for my first semester at Douglas are really to just start fully diving in. I was told the first semester is the one where it weeds out those that aren’t serious about it. I’ve wanted this since I was twelve years old. I want to work on my sculpting skills the most, but besides that just absorbing all the information and asking questions that I have.

Q: What are your favorite types of looks to create?

A: Probably horror or creature based makeups. Anything where there is more than just a brush and a palette too. I can’t wait to not be a first semester student so I can do build ups and prosthetics for looks. I get bored quickly doing corrective makeups or just doing face makeups over and over again. That’s what my cosmetics class is. Even though I love my instructor, I dislike constantly using cream makeup. Learning about period makeups and the basics of cosmetics is still cool though.

Q: Walk us through your busiest school day.

A: My busiest day out of the week for first semester is a Monday. I wake up around 7 to 7:30. I leave the house around 8:15 and walk to class. I’m usually the first one to class around 8:25 and i turn on the lights. Class starts at 8:30. We do attendance and then get right into foundations of effects makeup. This class is about the effects part of makeup. Anything from just scar wax to making latex bladders. This goes on until 12. A classmate and I usually go to floor 4 and eat lunch and hang out until 1:50. That’s when we go down to our second class. Our second class is sculpture and that lasts until around 6:30 or 7. Then I walk home usually with a large makeup case in one hand and a board with a sculpt on it in the other. I’m so sick and tired of stairs.

Q: What skills have you acquired during your first semester?

A: I actually haven’t learned too much for my first semester. I’d say I learned the basics of makeup the most. Like hygiene and basic skills like how to treat your model. I think I’ve already majorly improved my sculpting thanks to Jerry Gergely.

Q: What is your favorite class and why?

A: Probably sculpture class. I love working with clay and creating anything. Also just spending two hours on something and just ripping it off the sculpt and starting over. The process is a little too therapeutic for me.

Q: Who is your career inspiration?

A: Ve Neil all the way. Not only has that woman faced so much while just starting out in a male dominant industry, but she never let it harden her. She has created some of my favorite makeup looks of all time and has shared her skills and knowledge with the masses. She’s a huge inspiration for me and many in this field. Ve Neil is such a badass female artist in the industry.

Q: What kind of work do you want to do after graduation?

A: My idea right now is to be a sculpture and mold maker. I know I love the process of both and I also would want to be applying and painting the makeups too. I don’t want to do one single thing. I definitely would love to start off on shows and movies and go from there. My overall goal is to be able to fully supported by my work and to be able to be well regarded in the industry for future bigger projects. My dream job would be to go back in time and work on Jurassic park with Stan Winston or maybe Alien.

Q: Show us a couple of your favorite pieces you’ve done. Explain them.

A: I don’t know what my favorite makeups I’ve done. I haven’t done anything I’m obsessed with yet at school. I did a makeup last October and it was a cute galaxy makeup on myself and for SFX makeup I’d say either the water burn on my arm or my animal attack makeup. For my school looks, I haven’t done too much, but here’s some of them.

Q: Tell us about Monessen.

A: Instructors have called it “the armpit” or a dumpster. What I know about the tiny town of Monessen is that it was booming around the 50’s and 60’s and is under a little loop of the Monongahela river. JFK held a speech here in Monessen. There are car shops and vintage buildings all over the town. Most are being torn down right now. There is a lot of road construction going on at the moment. I know that the mayor is a young man and all the old farts won’t let him do anything. I know that this town has a lot of trash and pollution. A classmate and I swear this town is making us sneeze like 5x more than we normally would. I feel like I never sneeze unless I’m sick or in an old dusty building. Monessen has a Foodland, a Dollar General, and a Rite Aid. Everything else is in Belle Vernon which is like 10 minutes away if you have a car. I don’t. It has a Walmart, hotels, an Aldis, and many fast food and restaurants. I would like to move much further north after graduation.

Q: What made you do SFX?

A: I don’t know. Maybe being a very obsessed person. I found an interest in it when I was 12 and I loved Halloween every year. I loved monsters, creatures, and lore. I loved movies and the mysterious. This all bled into my interest and helped it grow. Around 16 years old I would stress myself out so bad about my future I wouldn’t sleep much and I’d constantly think about it until I started breathing heavily and my palms would sweat and I’d cry so much. It was drilled into me through public education that my future was without a doubt at least a 2-year college and then a job that i would hate until I turned 65 and then I could stop working and focus on myself again. I didn’t want any of that, but I didn’t’ want to be a “starving artist” that lives with my parents until I’m 29. My guidance counselor once told me that. That she didn’t want me to be a struggling artist and that a 4-year college will be good for me. I mean this in the nicest way it can be taken, but fuck them and the public school system for not encouraging me to do what I want with my future. It seems to me at some point we cross a line between you can be whatever you want to be and into you will be what we think you should be and that’s bs. So what made me do SFX? Probably my passion and love for it, but also quite a bit of spite and a splash of fuck you to the people that did’t want me to. Also, thank you to my parents for always being so damn supportive of my love and pursuit of SFX makeup.

Q: Who would be an actor or actress you’d love to work with?

A: Uhm, I’m drawing a blank, but I’d love to work with anyone that is really passionate about this work and industry. Besides that anyone that’s really fun and easy to get along with. Honestly, maybe Chris Evans because he seems like a lovely dork that has a lot of work possibilities coming up now that he’s retired Captain America. I would probably talk his ear off about marvel though, so maybe spare him. I guess maybe someone that really loves being in character makeups and costumes. Like that one dude that does like all of the monsters for Guillermo del Toro. Ooh, I’d love to work with him too!

Q: What are your favorite materials to work with? Explain.

A: Well definitely clay, oil or water-based. I prefer oil over water though. Besides clay, I love gelatin and latex. I’m familiar with both and they’re both so versatile. I like using gelatin for prosthetic runs, and latex for build-ups, but I can use them both vice versa. I feel I will like silicone too, I just haven’t worked with it yet.

A: Ooh, uhm a lot. Beetlejuice, Edward Scissiorhands, Frankenstein, The Exorcist, Nightmare On Elm Street, Alien, Jurassic Park, Avatar, Maleficent, Pirates of the Caribbean, The Revenant, The Guardians of The Galaxy movies, How the Grinch Stole Christmas, The Walking Dead, and honestly so many more movies that I can’t think of.

A: I haven’t sat down and talked to him, but I like to think I’m a very good judge of character and I think he’s pretty cool. I can tell he’s in love with the craft, but also he loves acting. I can tell he likes the fame a bit, but that’s nothing to dislike him for because he’s fit for it. He’s funny and he enjoys his fans and loves to talk about his movies of acting and effects. Just between you and me, I’m not a super fan, but I still respect and value all the SFX gods. Especially if I’m paying to attend one of their schools.

Q: How long does it take you to complete a look? Feel free to give an example or explain.

A: Well, it depends on what look it is, what the model situation is, and how complex the look is. If it’s a simple corrective makeup then 20-45 minutes depending on the makeup and model. A character with just cosmetic makeup then 45-60 minutes, depending on the character. Trauma makeup depends on the size and variety of it, it could be 5 minutes for scrapes and cuts, to hours if its full body burns or wounds. Then anything with effects is an add on for time, like tubing or bladders. 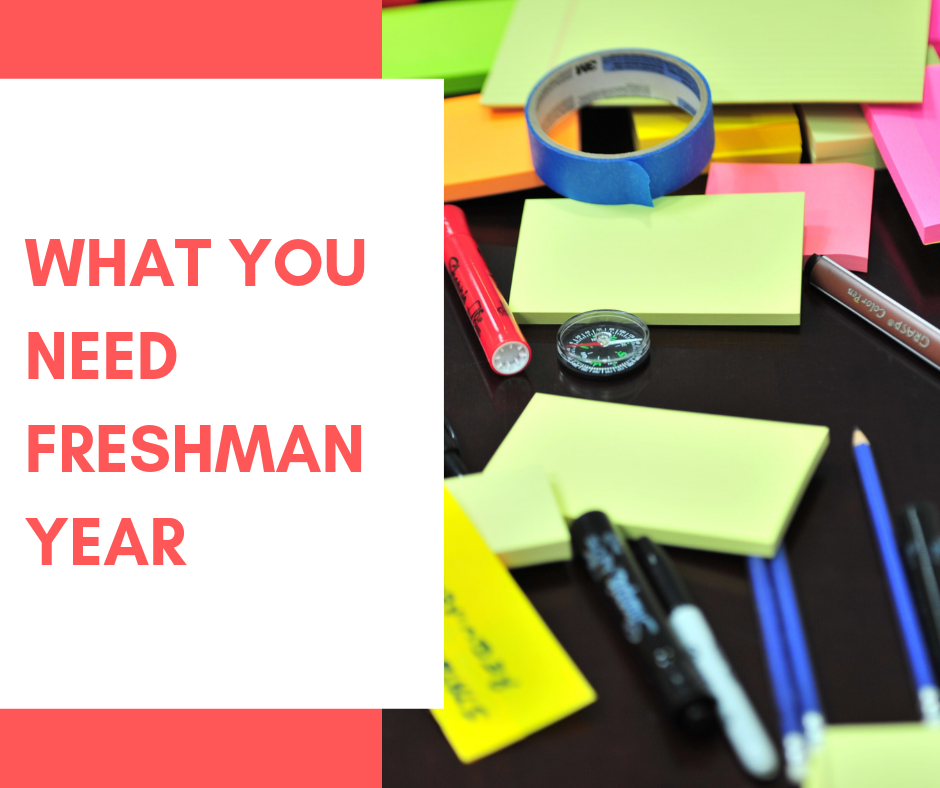 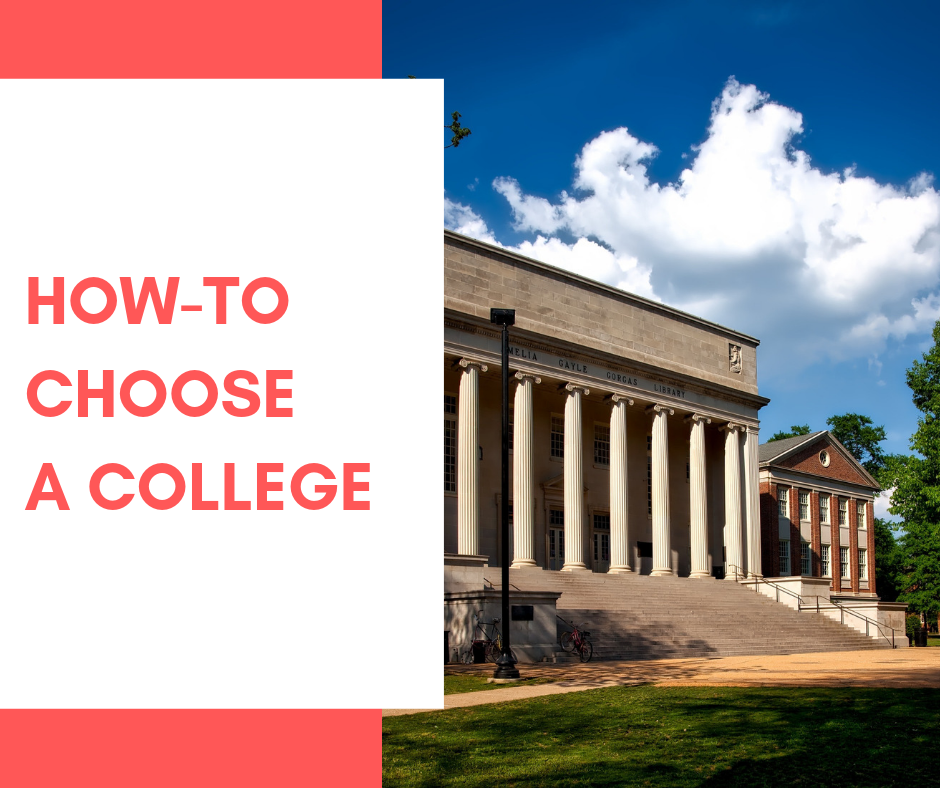